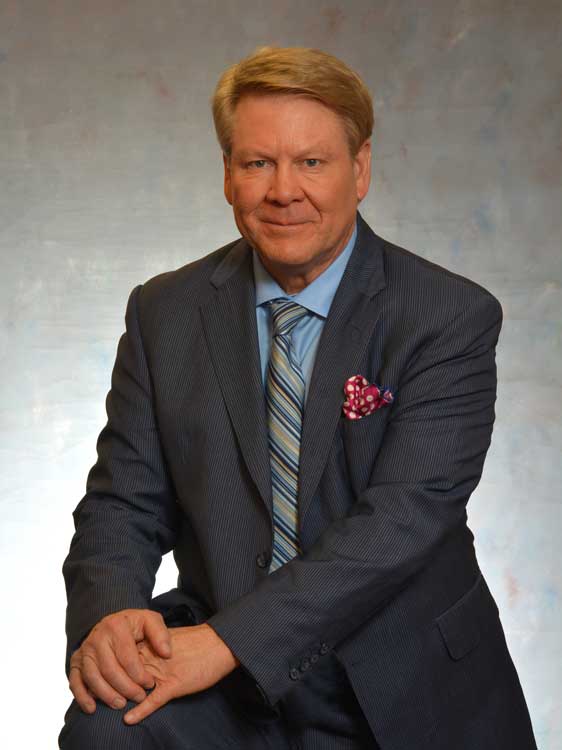 David J. Fletcher, MD has served as a medical expert witness for nearly 35+ years. His objectivity has proven invaluable for serving as an expert for both petitioners/plaintiffs as well as for respondents/defendants. His specialty lies in complex trucking and bus accident litigation involving the medical fitness-for-duty of a driver.
Download Dr. Fletcher’s CV

Dr. Fletcher has been on the front lines since 1995 when he developed the first national DOT medical certification training program for physicians at the American Occupational Health Conference (AOHC) in Las Vegas, Nevada and in advocating for the development of the Federal Motor Carrier Safety Administration (FCMSA) National Registry Certified Medical Examiner (NRCME) system to certify medical examiners, which became operational in 2014.  In serving the trucking industry as a private practitioner, Dr. Fletcher is in the trenches daily and brings forth real-world experience in conducting daily DOT medical examinations.  Additionally, Dr. Fletcher’s private practice, SafeWorks Illinois Occupational Health Services, Ltd., one of the country’s premier private occupational medicine programs, performs in excess of one thousand Department of Transportation (DOT) medical examinations annually.

In addition to being the Medical Director and CEO of SafeWorks Illinois, Dr. Fletcher is board-certified in occupational and preventive medicine, is a certified Medical Review Officer (MRO), a certified Substance Abuse Professional (SAP), and a Senior Federal Aviation Administration Examiner (FAA – all three classes).

Dr. Fletcher has provided expert witness services in 40 different states and has earned his reputation as an objective and fair-minded expert witness.  In fact, Dr. Fletcher has been consistently retained by both sides of the bar because he stands behind his opinions and has not wavered in more than 1500 depositions and live trial testimony settings throughout his career

Dr. Fletcher has continued to maintain his professional integrity as an expert by not overly expanding the areas of his expertise, and in providing opinions only in those cases within those practice areas.

For Dr. Fletcher, one of the key elements to his credibility is being a practicing occupational medicine specialist with admitting privileges to OSF Heart of Mary Medical Center (HMMC) in Urbana, IL, where he serves on the OSF Foundation Council.  Another key element is his ability to manage complex workers’ compensation and personal injury cases as the primary gatekeeper from the start of each case until the injured patient has reached maximum medical improvement (MMI).  Since 1986, Dr. Fletcher has treated more than 19,000 injured persons and has performed more than 20,000 DOT commercial driver examinations.

Dr. Fletcher was named in October 2017 as the first Frank Leone Award recipient. This award is named after the founder of the National Association of Occupational Health Professionals (NAOHP) for national leadership in the occupational health field.

As a Medical Review Officer and Substance Abuse Professional, Dr. Fletcher is also intimately familiar with the FMCSA Part 40 Rules for Department of Transportation Drug and Alcohol Programs.

Dr. Fletcher has devoted his entire 35+ year career to making the Nation’s highways safer for all who travel, with particular regard to Interstate Commercial Motor Vehicle Drivers, certified to drive by the Department of Transportation. This devotion to public safety has led to Dr. Fletcher being celebrated as one of the most sought-after expert witnesses in the United States regarding driver fitness.

In 1996, Dr. Fletcher was as one of two physician representatives to serve on a National Advisory Panel for the DOT Federal Highway Administrative (FHWA) in Washington D.C.;

Dr. Fletcher has testified in litigation matters in Federal and State courts where he is qualified as an expert concerning fitness for operating a commercial motor vehicle, and foreseeability of a Commercial Motor Vehicle (CMV) operator’s sudden loss of consciousness.

*Inactive due to permanent relocation to Illinois

*Voluntarily resigned from medical staff due to sale of Decatur practice

David J. Fletcher, MD has served as a medical expert witness for nearly 35+ years. His objectivity has proven invaluable for serving as an expert for both petitioners/plaintiffs as well as for respondents/defendants.

His specialty lies in complex trucking and bus accident litigation involving the medical fitness-for-duty of a driver.