What is a PPI Rating? 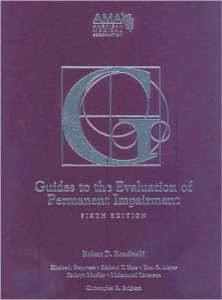 A Permanent Partial Impairment (PPI) Rating is a medical assessment of the nature and extent of claimant’s injury represented by a percentage value of a body part (e.g. 10% of a hand or 15% of a whole person) that is used in part to adjudicate claims. PPI ratings are generated by a physician who follows the principles in the American Medical Association publication AMA Guides to the Evaluation of Permanent Impairment, now currently in its 6th edition, 2nd printing.

This impairment rating must be performed by a physician. In the Illinois workers’ compensation system they are often used to help determine the level of a permanent partial disability (PPD) award owed to the claimant in a pending workers’ compensation case. The US Dept of Labor uses the AMA Guides Sixth edition to rate Federal employees, but excludes ratings for spine conditions in its PPI Ratings.

Under the sixth edition of the AMA Guides, the evaluator identifies the impairment class for the diagnosed condition (CDX), which is then adjusted by grade modifiers based on Functional History (GMFH), Physical Examination (GMPE) and Clinical Studies (GMCS). The net adjustment formula is (GMFH – CDX) + (GMPE – CDX) + (GMCS – CDX). Under Chapter 2.3, evaluators are directed to provide reasons for their impairment rating choices, including choices of diagnoses from regional grids and calculations of modifier scores.

It is important to point out that impairment ratings are only performed after a patient has achieved maximum medical improvement (MMI).

After September 1, 2011, Illinois workers compensation law was amended to allow the use of AMA Ratings to help determine Permanent Partial Disability (PPD) awards. 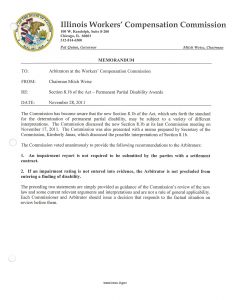 Pursuant to 820 ILCS 305/8.1(b), permanent partial disability for accidental injuries that occurred on or after that date shall be established using the following criteria:

(a) A physician licensed to practice medicine in all of its branches preparing a permanent partial disability impairment report shall report the level of impairment in writing. The report shall include an evaluation of medically defined and professionally appropriate measurements of impairment that include, but are not limited to: loss of range of motion; loss of strength; measured atrophy of tissue mass consistent with the injury; and any other measurements that establish the nature and extent of the impairment. The most current edition of the American Medical Association’s “Guides to the Evaluation of Permanent Impairment” shall be used by the physician in determining the level of impairment.

(b) In determining the level of permanent partial disability, the Commission shall base its determination on the following factors:

(i) the reported level of impairment pursuant to subsection (a) (e.g.; the AMA rating)
(ii) the occupation of the injured employee
(iii) the age of the employee at the time of the injury
(iv) the employee’s future earning capacity
(v) evidence of disability corroborated by the treating medical records.

No single enumerated factor shall be the sole determinant of disability. In determining the level of disability, the relevance and weight of any factors used in addition to the level of impairment as reported by the physician must be explained in a written order.

In Illinois, it is important to point out that the PPI Rating is only one factor in assessing disability. Along with taking in account the PPI rating, IWCC arbitrators look at the other four factors to determine a PPD award: the occupation of the injured employee, the age of injury employee at the time of the injury, the employee’s future earning capacity and evidence of disability corroborated by the treating medical records.

What is Included in Dr. Fletcher’s PPI Ratings?

Dr. Fletcher provides a detailed explanation of the methodology of how he arrived at the PPI rating calculation.

Along with proving a PPI Rating using the AMA Guides, if asked, Dr. Fletcher can address in a PPI report the other four factors that are utilized by Illinois IWCC arbitrators to arrive at a PPD awards:

Why Dr. Fletcher for PPI Ratings?

Dr. David Fletcher has years of experience examining patients and determining permanent partial impairment (PPI) ratings and is highly qualified to present his findings in a deposition or live testimony in workers’ compensation arbitration hearing.

He has been trained on impairment ratings since his residency in the early 1980s and was originally trained on the 1st edition of the AMA Guides that was first published in 1971 from a compendium of 13 guides published in the Journal of the American Medical Association (JAMA). 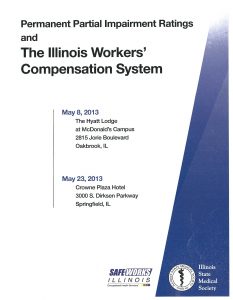 Dr. Fletcher has been deposed in cases where his PPI ratings have been challenged.

David J. Fletcher, MD has served as a medical expert witness for nearly 35+ years. His objectivity has proven invaluable for serving as an expert for both petitioners/plaintiffs as well as for respondents/defendants.

His specialty lies in complex trucking and bus accident litigation involving the medical fitness-for-duty of a driver.